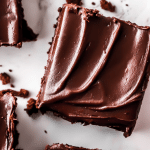 First of all, I promise you these are so much more chocolatey than you expect! These Chocolate Banana Squares have the consistency of chocolate cake, but the banana and almond flour give them a much deeper flavour and an intense chocolatiness - they're a real treat!

I'm not going to call these 'healthy', but they are better for you than a traditional slice of chocolate cake or a brownie, as some of the flour is replaced with almond flour and a huge part of the sweetness comes from the banana. Also, they use dark chocolate which is better for you in general. And you certainly aren't compromising on taste by choosing a Chocolate Banana Square!

Super chocolatey. That's the first thing to note. I was surprised when I first tasted them as I thought they would taste somewhat... healthy? But these could easily fulfil any chocolate craving!

Bananas are obviously a key ingredient in these Chocolate Banana Squares, but they aren't an overpowering flavour. You can certainly taste the banana but it's more of a 'banana flavoured chocolate cake' than a 'chocolate flavoured banana cake'... if that makes sense!

Ground Almonds - also known as 'almond flour'. This makes the squares a little more dense and adds an extra layer of flavour

Sugar - I used white sugar, but you could mix it up and use golden or brown sugar in this recipe instead for a little caramel flavour

Bananas - make sure your bananas are ripe and a bit brown - they will mash up easier and blend into the batter more easily. The mushier your bananas the more flavourful your chocolate banana squares will be!

Cocoa Powder - the cocoa powder goes a long way here, mixed with the banana and almond flour these are super chocolatey. For beset results try to get Dutch-processed Cocoa Powder

Cinnamon - the cinnamon is optional, but I find you don't really taste the cinnamon in this recipe, it just adds another layer of flavour and enhances the other ingredients in the chocolate banana squares

Butter - use salted or unsalted, whichever you prefer. If using unsalted, just add a ½ teaspoon of salt to the recipe. Make sure the butter is melted but not hot before adding to the mix

Dark Chocolate Chunks - I like this best with dark chocolate, but you could do with any chocolate you like, I just think the dark chocolate offsets the sweetness of the banana really well.

Check out my Banoffee Pie or Nutella Stuffed Banana Muffins! 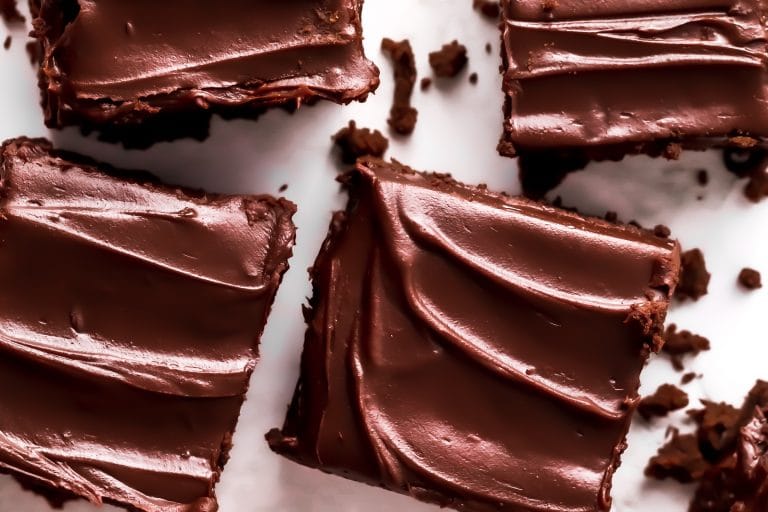